Join us live online from Calgary

Join our excellent line of speakers below

Prior to COVID-19, Canada experienced the most dramatic drop in poverty in recorded history. Between 2015 and 2019, our national poverty rate dropped from 14.5% to 10.1% and 1.3 million Canadians were lifted out of  poverty.

Child poverty rates followed a similar downward trend, with 435,000 fewer children living in poverty in 2019 than in 2015, and Alberta announcing a 50% reduction in child poverty. Poverty rates amongst seniors have been reduced to the lowest of three age brackets.

Join us virtually from May 5-6, 2021 as we explore proven and impactful pathways to ending poverty. Together, we will co-create our next steps. What is the end of poverty? What will it take to end economic poverty in Canada? At what point will be able to say that we have effectively ended economic poverty? How can we target health and well-being to end poverty for all Canadians? Could we afford (as Conservative politician Hugh Segal recommends), a Guaranteed Annual Income? At this event, let's brainstorm together!

Cities are leading the way! In a recent article, David Brooks of the New York Times shared that Canadian cities are working together in an unprecedented way to develop place-based approaches to ending poverty. Cities Reducing Poverty is effectively the largest network of its kind in the world. Our 80 member communities representing more than 300 municipalities across Canada have, or are developing, community plans that engage governments, businesses, not-for-profits, and citizens with lived/living experience of poverty to work together to implement new approaches.

We are at a unique moment in history in which cities, provinces/territories and our federal government are all converging with independent, yet interrelated, poverty reduction strategies. On May 5-6, we will gather live online from Calgary with Mayor Naheed Nenshi and the CRP network to explore Ending Poverty pathways and will co-create a vision to end poverty for all Canadians.

The End of Poverty will include inspiring keynotes, engaging panels and workshops, and daily small group discussions, each serving to help us collectively advance ideas for ending poverty. 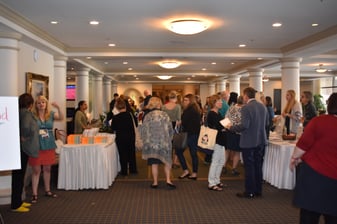 This virtual gathering is open to everyone. It will host learners from 350 communities, each one committed to ending local poverty. Elected officials from all levels of government, city staff, business leaders, funders, poverty reduction collaborative leaders, community organizations, and experts with lived/living experience of poverty will teach and learn together. The event is open to anyone interested in learning about innovative ways that all sectors can work together to end poverty. We invite you to be part of this monumental discussion.

Throughout the gathering, we will be guided by a number of keynotes and thought leaders from the field who will share their experiences and inspire group conversation.

While Melody Barnes was leading the White House Domestic Policy Council under President Barack Obama, the DPC was supporting the work of the White House Council on Community Solutions with honorary chair Michelle Obama and leaders from the private, non-profit and philanthropic sectors. Two key recommendations of that council were to focus on solutions for Opportunity Youth (youth whose futures had stalled in or after high school) and to ensure that every community was able to access a collective impact approach to community change. She left the White House to chair the prestigious Aspen Institute Forum for Community Solutions and co-founded the Opportunity Youth Incentive Fund that has supported more than 1 million youth to realize opportunities for ending poverty and build better futures.

Naheed Nenshi, honoured with the Blackfoot name A’paistootsiipsii, was sworn in as Calgary's 36th mayor on October 25, 2010, and re-elected in 2013 and 2017. Maclean’s magazine has called him the second-most influential person in Canada, after the Prime Minister. He was awarded the 2014 World Mayor Prize by the UK-based City Mayor’s Foundation as the best mayor in the world.

The Honourable Bardish Chagger is the Federal Minister of Diversity and Inclusion and Youth and was previously Leader of the Government in the House of Commons. In 2012, she was recognized as one of “40 under 40” who would lead the Region of Waterloo into the future. Minister Chagger has supported elections and was involved in the democratic process since she was 13 years old.

Ana is the co-founder and Managing Director of Youth Climate Lab, a youth-for-youth lab dedicated to creating innovative projects for more ambitious climate action. Ana has been working on climate change issues for over 15 years, focusing on sustainable local economic development and the empowerment of diverse actors such as young people, women and girls. She is a also a member of Tamarack's board of directors.

Scott is the Chairperson for the National Advisory Council on Poverty. He has spent the last 19 years with the Government of New Brunswick, working on poverty reduction through the department of Social Development and the Economic and Social Inclusion Corporation. Scott is a longstanding member and contributor to Cities Reducing Poverty.

Adaoma has over twenty-five years of progressive experience in the not-for-profit and public sectors. She is the Manager of Poverty Reduction and Community Engagement in the Human Services Department at the Region of Peel and has been instrumental in the development and implementation of Peel’s 10-year 2018-2028 poverty reduction strategy. Adaoma is a longstanding member of Cities Reducing Poverty and a member of Tamarack's Board of Directors.

Brock is the former CEO and current Senior Advisor to the Federation of Canadian Municipalities (FCM). Under his tenure, the municipal sector in Canada has seen dramatic increases in federal investments, and FCM is now recognized as one of the most influential organizations in Canada. Brock is the Vice Chair of Tamarack's Board of Directors and has been deeply involved with Cities Reducing Poverty for the last 10 years.

“I realized from those I sat with during the previous [Tamarack summit] plenary sessions and those I learned from in each workshop that everyone is already making the idea of The End of Poverty in Canada possible. We have been planting the seeds to grow this idea for many years.”

Thank you to our Event Partners

Thank you to our Founders & Funders